Nairobi Expressway: What you need to know. 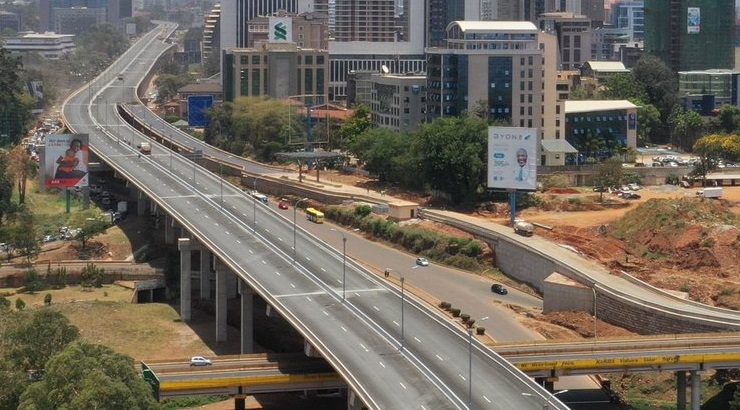 The long-awaited Nairobi Expressway has been launched and motorists can now use it to escape the notorious Mombasa Road traffic. But before you commit to using the admirable expressway, here are important things you need to know about using the Nairobi Expressway.

Nairobi Expressway is privately funded and Moja Expressway, a subsidiary of China Road and Bridge Construction (CRBC), will run it for 27 years to recover its money before relinquishing the road to the State.

Nairobi Expressway who can use it?

According to a Gazette Notice dated December 31, 2020, motorcycles, tuk-tuks, wheelbarrows, handcarts, bicycles, and scooters will not be allowed to access the expressway. Just to be clear, pedestrians and skaters are not allowed on the road.

How much will you be charged?

The Expressway can be accessed from any of the 11 interchanges it has. From either Mlolongo, Standard Gauge Railway, Jomo Kenyatta International Airport, Eastern Bypass, Southern Bypass, Capital Centre, Haile Selassie Avenue, Museum Hill, Westland’s, and James Gichuru Road.

There are three modes of payment when you use the Expressway. You can either pay cash, Electronic Toll Collection (ETC), or Manual Toll Collection (MTC). For cash, motorists will pay when they exit the expressway.

On the ETC mode, the service offers a non-stop road service. the service allows toll points to be electronically deducted through the pre-installed On-board Unit (OBU) device on the windscreen of a car.

For MTC mode, the motorists will have a card that will be loaded with toll points to be used at the toll stations. To get either the MTC or ETC installed in your car, you can visit any of the Moja Expressway offices.

Charges will be different depending on how far you will go on the Nairobi Expressway. For instance, from Nairobi Westland’s toll station to Mlolongo toll station it will cost motorist 360 Shillings.

Light vehicles with two axles will pay the same rates as saloon cars while heavy vehicles with four or more axles are expected to pay up to five times more. Below is a table of the Nairobi expressway toll rates as of July 2022.

The rules and regulations on the expressway have generated a mixed reaction from citizens.

“The Expressway design speed is 80km/h, so you will be required to drive at the prescribed speed limit shown by the traffic signs along the expressway. It is illegal to organize or take part in any race or speed test,” Moja Expressway states in one of its precautions.

Vehicles are not allowed to stop or let passengers alight on the expressway.

Here is the list of fines as released by Moja Expressway:

To sum it up, the Nairobi Expressway is meant to help in the decongestion of traffic during rush hour and whether you decide to use it or not, you ought to keep in mind the strict regulations set in place.

“This road will have a very, very big impact in terms of mobility of Kenyans, visitors, businessmen, businesswomen, tourists. This is one of the best pieces of infrastructure ever done in Africa. In fact, it’s the longest expressway in Africa. So, we are very proud today (during trial launch) to come to witness the start of the trial run and monitor to make sure that indeed the expressway will be operated seamlessly and to a very high standard,” said James Macharia, Cabinet Secretary for Transport.

What are your thoughts on the new Nairobi Expressway? Would you use it? Would you avoid it?
Let us know in the comment section below.